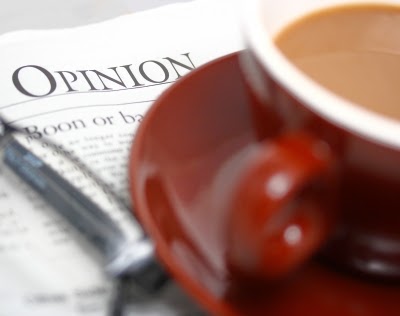 Why Corporations Fail to Do the Right Thing
Six reasons why international business remains dangerous to workers and the environment, even when its leaders genuinely want to do better.

Crowdfunding opportunity for nonprofits with GlobalGiving - application deadline July 24th!
GlobalGiving is accepting applications for the September 2014 Global Open Challenge. Non-profits from anywhere in the world are eligible to participate.

How Corporate Social Responsibility can grow your business
Emerging markets such as Africa have without a doubt provided the right fabric for weaving corporate social responsibility (CSR) strategies.
Many of the multinational companies who began investing in the continent in the early 1990s have formulated strong CSR policies aimed at helping them provide the right returns for shareholders while supporting their new communities.

Gerhard Steidl: “I turn everything upside down”
How does a 20-year-old from Göttingen get involved with Andy Warhol?

In 1970 Andy Warhol had an exhibition of his screen prints in Cologne in the gallery Zwirner, run by the father of the famous gallerist David Zwirner. My local newspaper announced that there was an American guy coming who has created a new kind of art called “pop art” and that he would be showing screen prints. And there was a photo of a cow that was printed repetitively onto wallpaper and I was amazed because it was a kind of disrespectful way of working in the field of art. So I went over there by train and I got permission to come to the vernissage.

How I got job Interview - “I’m Not A Big Fan Of Romanticised Career Stories,Most Of The Times We Are Talking About A Combination Of Hard Work, Drive, Good Compromise And Ambition”

How Was Your University Time? I have very fond memories of my time as a student at the National University of Political Science and Administration, one of the best colleges in my native country, Romania. The professors, the topics and, most important, the access to numerous extra-curricular activities paved my way to the professional I am today. These memories include my first official job, my time as a volunteer for several local and international nonprofits, and the first open door in the tech world. Actually, it was in my second year of University when I discovered my interest in technology, during my time within the Ministry of Communication. During University, I’ve worked on several projects about e-government, having the advantage of catching a glimpse into a future that I’ve only read in sci-fi books and contributing to very forward-thinking projects. Later on, I’ve joined an organization working in e-government research and I’ve been part of 2 regional studies on the t