I'm honoured to have had received a leadership prize given during the Finmedia Gala - Women who change Romania. The media outlet does a tremendous job in promoting specialists in all walks of life. I'm proud to be among so many remarkable professionals who move the needle in management and contribute to a better tomorrow. I'm standing on the shoulders of plenty outstanding persons - friends & family, colleagues and managers.

Yet, I'm a long-term advocate of advancing the topic of women in leadership in general, and technology in particular. From this position, I must emphasis a couple of things that I seem to find more and more outdated or that I thought, that us, as society, moved on from. I encounter each time at events dedicated to women a level of discussion that still remains in the surface of things, an accent on the "cuteness" of women, sexist speeches, unrealistic claims and a privileged way of looking at the topic. I wish I would hear more speeches with substances, that tackle the structural issues, that promote debate and encourage a realistic discussion about the women in society.

Just to name a few I'm curious about:

As I said in my concluding speech at the Gala, I challenge everyone holding a position of power, woman or man, to take at least one woman as her/his mentee. If this single step is taken, we won’t find an overnight solution to the aforementioned problems. But we are going to move towards a direction where we are not biased, privileged or unequal. 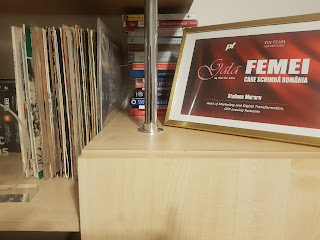 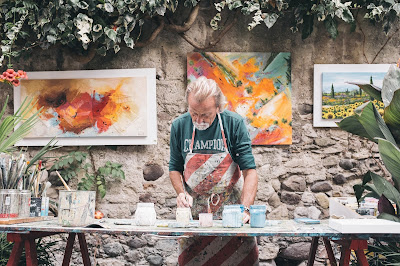 Routine vs. Creativity: 3 practices for your product team

Originally posted here .   You can’t just give someone a creativity injection. You have to create an environment for curiosity and a way to encourage people and get the best out of them. Ken Robinson The ability to create something new, to get a new business started, break boundaries with bold ideas or redefine the existing standards are among the perks of being a creative professional. Connecting the dots is no easy endeavor. The outstanding creative ideas many times: spring from small ideas require constant practice – creativity is just like a muscle, it needs constant training to obtain better results are inspired from other industries, from other ideas, or even from small talks near the coffee machine Creativity has become an appanage of many public speeches and a prerequisite of each professional hat. In practice, companies do forget important things: the investment in creativity is usually minimal; unfortunately nowadays, everything is focused more on productiv